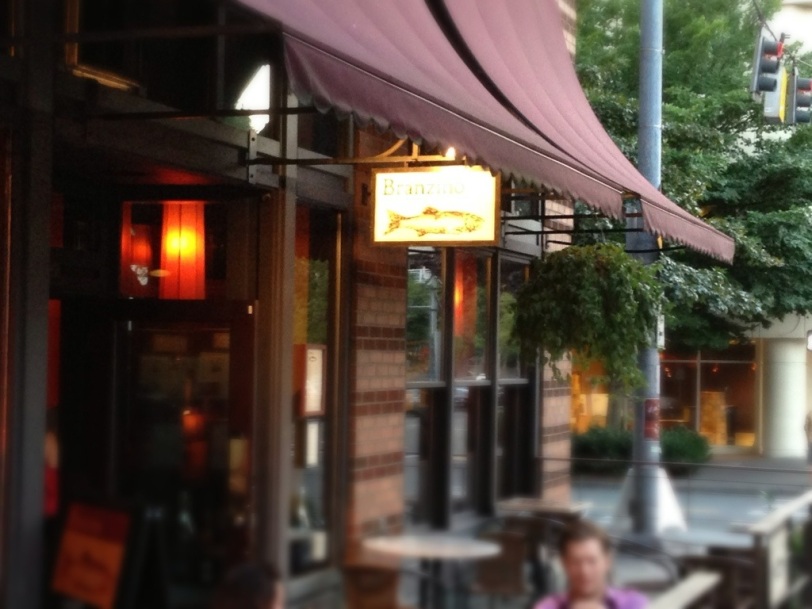 My intention was to hit Shiro Sushi on Satuday night at the recommendation of my friend Anna. It must be good because Japanese people were stepping on each other to get to the front of the line. I would’ve had to wait two hours just for a seat at the counter. Because I die if I don’t eat every two hours, I went next-door to Branzino.
As the name implies, their speciality is Branzino, prepared very simply, whole and on the fire.
I took the last seat at the bar, which allowed me to watch the magic in the open kitchen. I started with a half dozen Kusshi oysters and a super cold and very dirty Stoli martini. Like most Pacific oysters, these are not as big, flat and loogie-like as East Coast oysters. They have a nice thick skin that gives them a little bite and pop. Not quite as sweet as a Kumamoto, the Kusshi has a pleasant and light briny flavor. 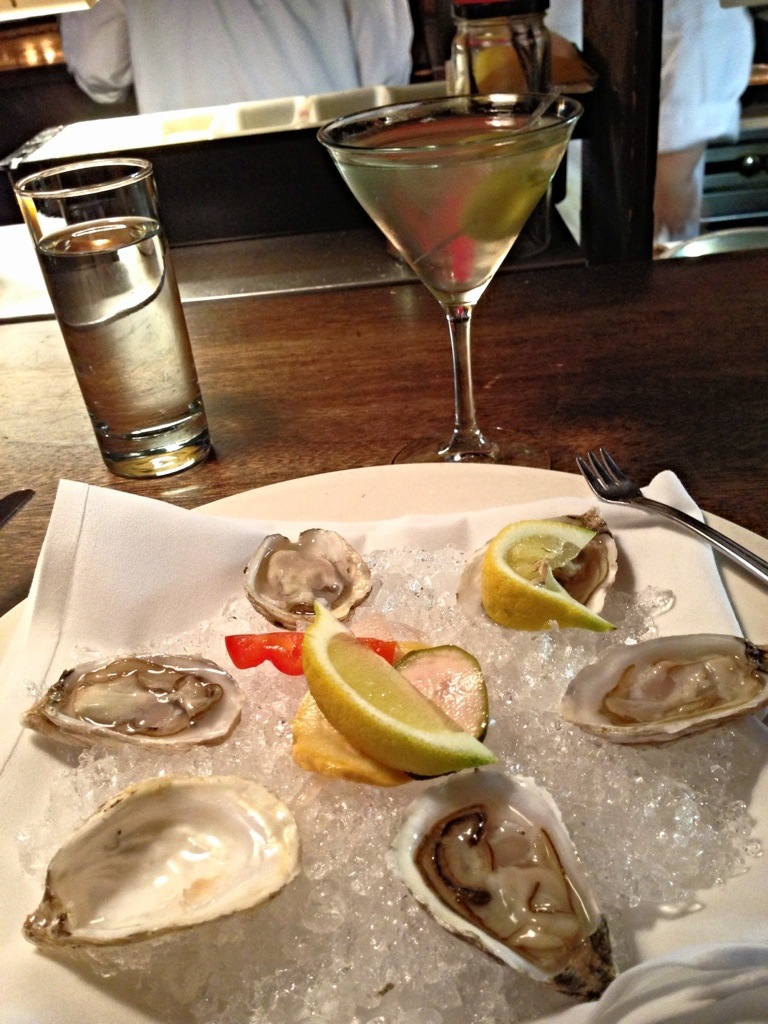 I skipped the restaurant’s namesake because the daily market fish was a Chinook salmon (King salmon to you pale faces) served on lentils. Two of my favorite things together. This is a hardy fish. It was cooked perfectly and you really must eat the skin to get the salty crunch with the super fatty flesh. You feel like you’ve eaten a crème brûlée after eating this omega-3-athon. The part of the dish that had me schlepping naches were the lentils (A Yiddish phrase used in my family that means happy as a pig in shit). Each lentil was still firm and separate, in no danger of being mushy. Prepared with wilted spinach, shallots and white wine, I wanted to slap a French grandmother for not being able to do it as well. I wish I remembered the Washington Pinot Noir I had but it was the wine by the glass and it was fantastic. 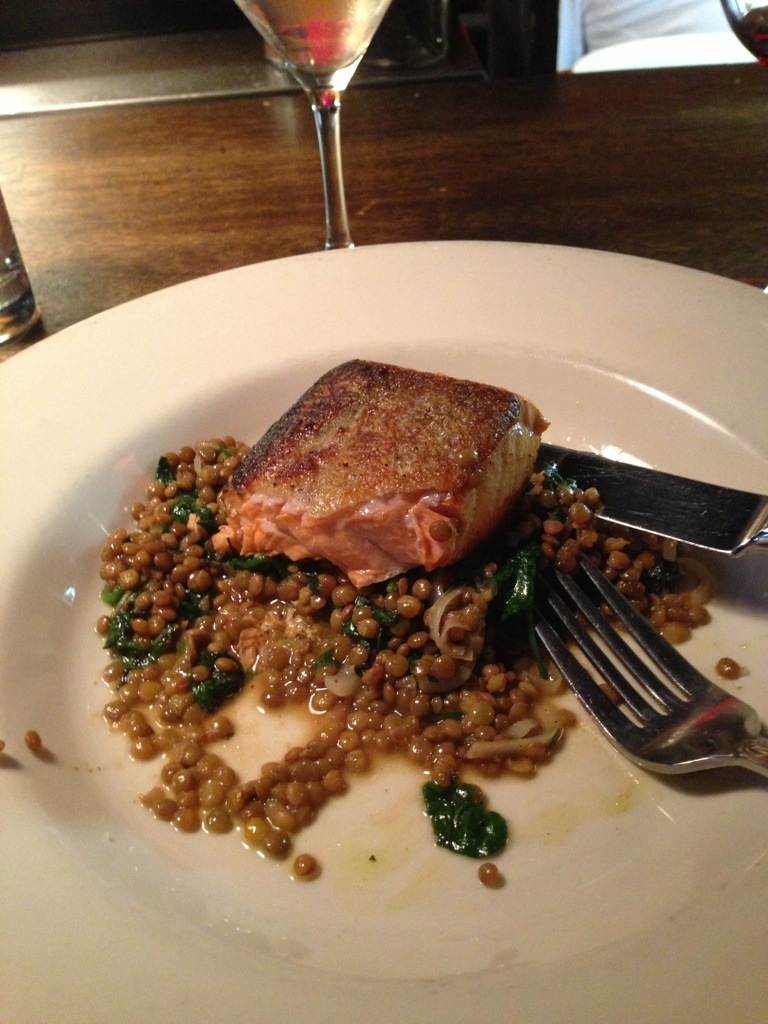 Besides the fresh and simple food, I loved this place because of how they treat the single diner. The restaurant manager (Dennis I believe) was eager to talk me through each dish and explain how things are grown or fished. The rest of the staff including the chef liked to talk as well. Not the usual, “How’s everything going,” but they wanted to talk about the food. When you’re traveling alone, that makes a big difference.
It was not cheap but I will say it’s a great value. To have wonderful and fresh local food served by people who enjoy doing what they do, you can have a fun evening. That was my entire Saturday night.

Below are the last three arcs in the circle of life of a Branzino. 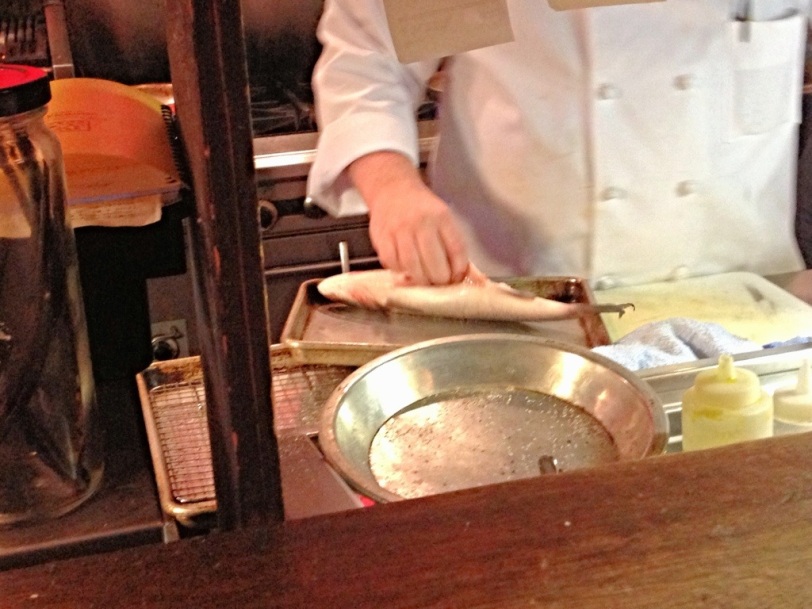 One thought on “My favorite restaurant so far – Branzino, Seattle”