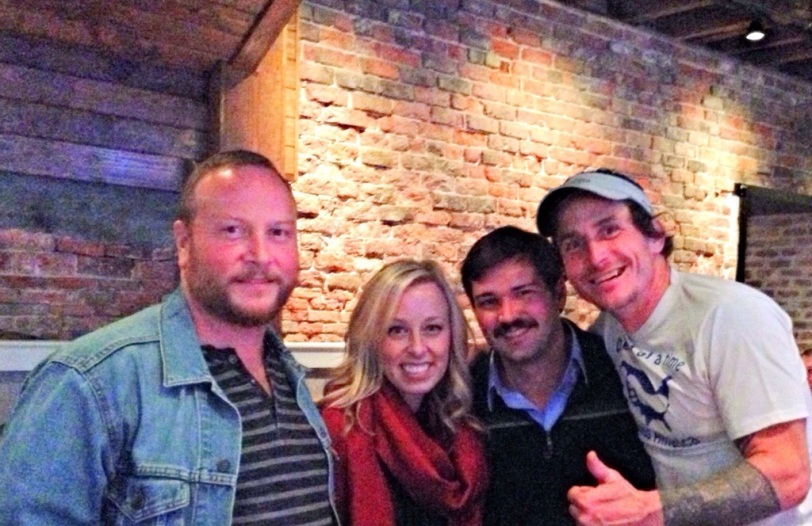 Number 4: Because not working, traveling and having fun is tough work, I took a vacation.

Number 3: Because you people seem to love anything written about booze. You guys might want to dial back the drinking in 2014! Or step it up. Whatever.

Numbers 2 & 1: Speaking of Louisiana, that is where Jeremy Schaefer is right now. You know Jeremy, the guy running across the country to raise awareness for mental illness. Similar but different than what I did – driving across the country because of mental illness. This post and this post were not the most popular because I am an amazing writer. They received the most hits because Jeremy is doing something wonderful and he has many friends who came to the blog to see how they can support him.
One of the people following Jeremy’s quest on his Pretty Big Run Facebook page felt bad that Jeremy was going to be alone for the holidays. This stranger flew Jeremy’s son and ex-wife to Mississippi for Christmas.
UPDATE: One of Jeremy’s friend’s let me know she and many others helped coordinate the Christmas surprise over a six week period. Good for you, girl.