The first big city since NYC 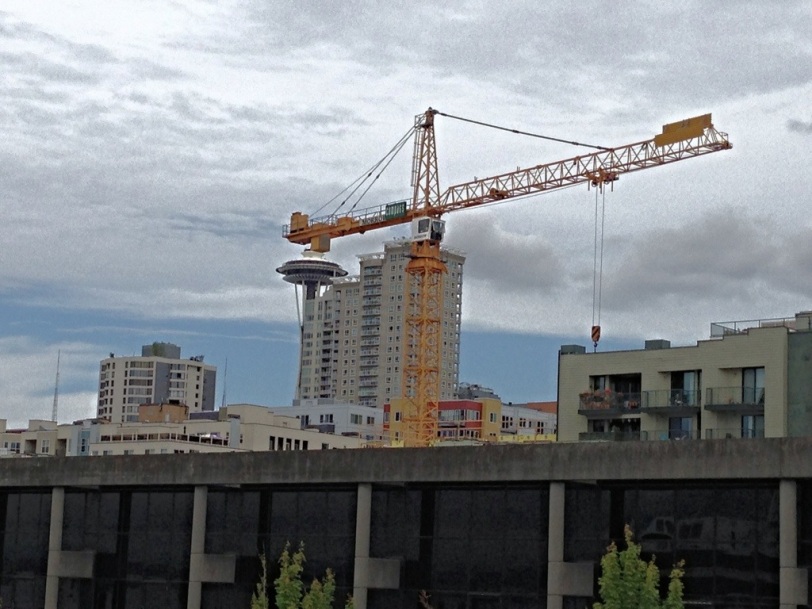 Because I went to Chicago before my quick visit back to NYC, Seattle is the first major city I hit since the Atlantic. Detroit does not count because everyone has left.
I’m not saying a big city is better. I like smaller towns like Fargo and Duluth; my dollar goes farther, bigger hotel rooms, plenty of parking, easy access to outdoor fun and no slow ass tourists (I’m not a tourist, I’m an American).
I questioned myself as to whether the Space Needle was actually a Seattle landmark or if I was mistaken as I could not spot it in the skyline since yesterday. I just found it buried behind new construction. High rises are flying up faster here than in Shanghai.
Somebody should have warned me about Mt. Rainier. I almost drove off the road when I first spotted the volcanic cone. It is shockingly big and dramatic, jutting up by itself without any other mountains anywhere near. That I will not climb.
I have looked into where the lava flows and lahars go (because of the glaciers, a Rainier explosion would be a lot of mud) and my car is parked in the underground of one of the danger zones.
In 2000 years, anthropologists will find my car and conclude that Seattle Man ate a lot of beef jerky, peed in Gatorade bottles, and listened to loads of Carrie Underwood.

One thought on “The first big city since NYC”