Paula Deen must’ve been in the kitchen 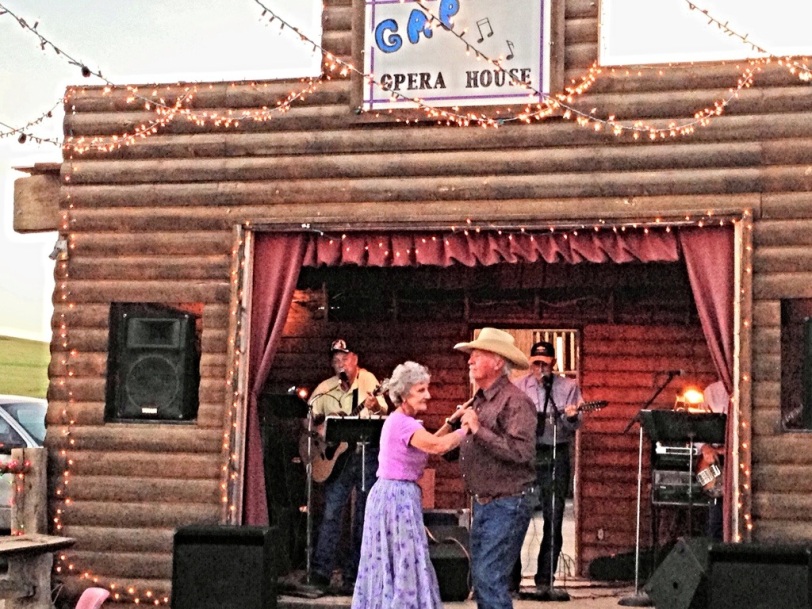 A couple of nights ago I could not find a room in Medora, North Dakota, where I wanted to stay. I stumbled upon Buffalo Gap Ranch, a dude ranch. Or what the owner told me was a place for city slickers, yes he used the phrase city slickers, to pretend to be cowboys. And the city he was referring to was Grand Rapids, Minnesota.
I thought it would be a hoot, with a live band and all. Then I heard it. The first signs that I was surrounded by a bunch of dumb fucks. The boys in the band, averaging 70 years old, spotted a guest who had some pink in his shirt. Stupid straight men’s heads explode when they see something they cannot compute, such as someone wearing pink. To deal with it, they torture the person wearing pink. The band stopped playing music to ask him where his boyfriend is, which of the men he wants to dance with, and if he’s going to drink something with an umbrella in it.
Unfortunately, not shocking stuff. But sometimes people surprise me and this piece of shit was able to shock me. The band leader spotted the two Asian girls who work there as cleaning staff. I still can’t believe this happened. The bandleader started to talk to them in an accent that would’ve embarrassed Mickey Rooney’s Mr. Yonioshi from Breakfast at Tiffany’s. Well, the audience just loved that. They cried for more and chanted, “Hop Sing, Hop Sing.” That was the name of the Chinese cook on the TV series Bonanza. Most everyone there was from North Carolina on some sort of golf trip (of course). There was a young family from New Zealand sitting next to me and the father turned and asked, “Is this legal in the United States?” It sure is and people love it.

4 thoughts on “Paula Deen must’ve been in the kitchen”