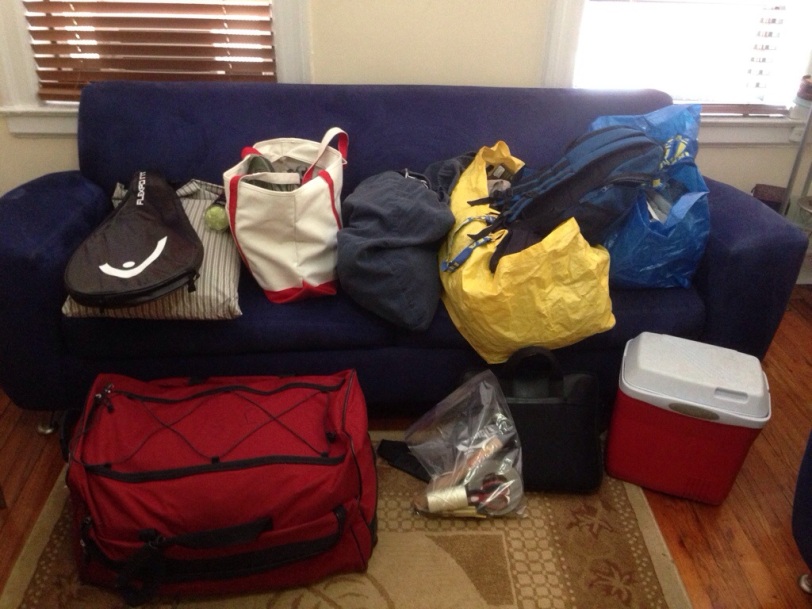 Pictured is only about half of the junk I had at the beginning. With a two-seat car and little cargo room, I should’ve been more selective. Most of that stuff didn’t make it to the end of the trip.
It’s 2013, I didn’t need a gas can. GPS will tell you where there are gas stations. Or even easier, look at your gas gauge and don’t run out of gas.
A hard plastic cooler is more trouble than it’s worth. It takes up most of usable room. I found a soft collapsible cooler bag for camping at the “leftovers” box at a park in the Ozarks. At many campgrounds, there will be a box where people can leave unwanted equipment. You just help yourself. I left my old hard plastic cooler for someone who could really use it. I’m sure the cooler is currently deep in Missouri, preserving a human head.
I brought a tennis racket. I played tennis once in the seven months with my cousin Yuri. Yuri would’ve let me borrow one of his extra tennis rackets.
I was so proud of myself for being organized with three separate bags of clothes. Sturdy camping and hiking clothes. Every day socks, underwear, T-shirts and shorts and I don’t even remember what was in the third bag. Formal wear?
There’s a bunch of homeless men in Nashville, TN, now dressed in my going out to get laid clothes.
I could go on and on about things you don’t need a long road trip. It will be quicker to list items I couldn’t live without.
A good quality serrated knife/switchblade. I used that knife in so many ways while camping, from cooking to repairing equipment. Then I would carry it with me in sketchy places, just waiting for trouble.
A Martha Stewart Collection gusset foam pillow. I think that’s rather obvious.
A small bag of spices, salt and olive oil because most camp sites do not come with a spice rack.
Hand sanitizer for the car. Most of this country is gross, dirty and sticky.
A backpack. Obviously you need a backpack for hiking. Mine became my main hotel bag. I was tired of schlepping big bags up to motel rooms for just one night. Like Anne Frank, I believe most people are really good and they won’t break into my car.
If I had to plan for a trip like this again, I would start with very little then only acquire things I really needed.
I almost forgot. A Lancel overnight bag. You’ll be the fanciest bitch in Yosemite. 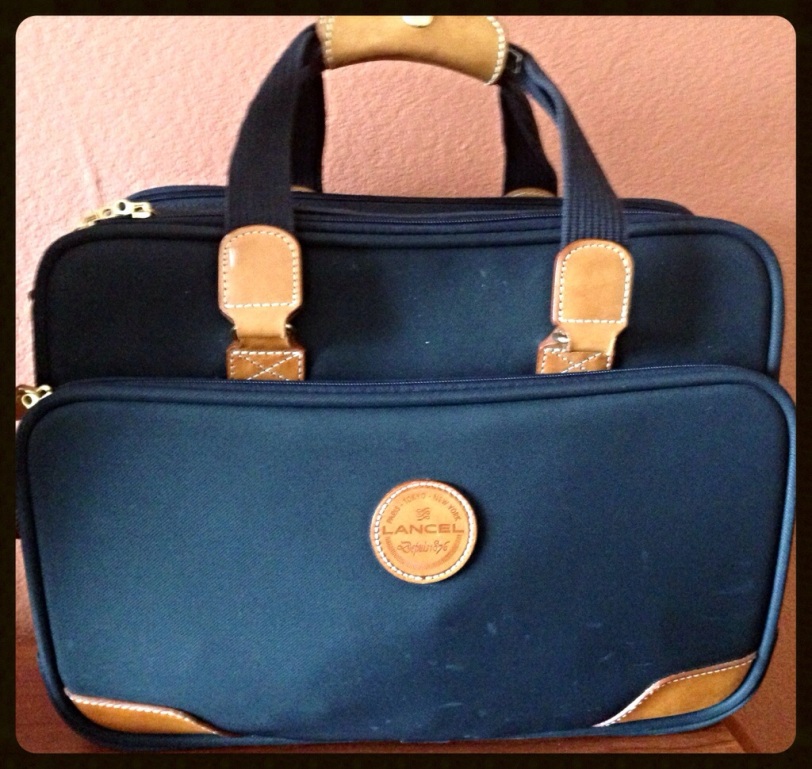 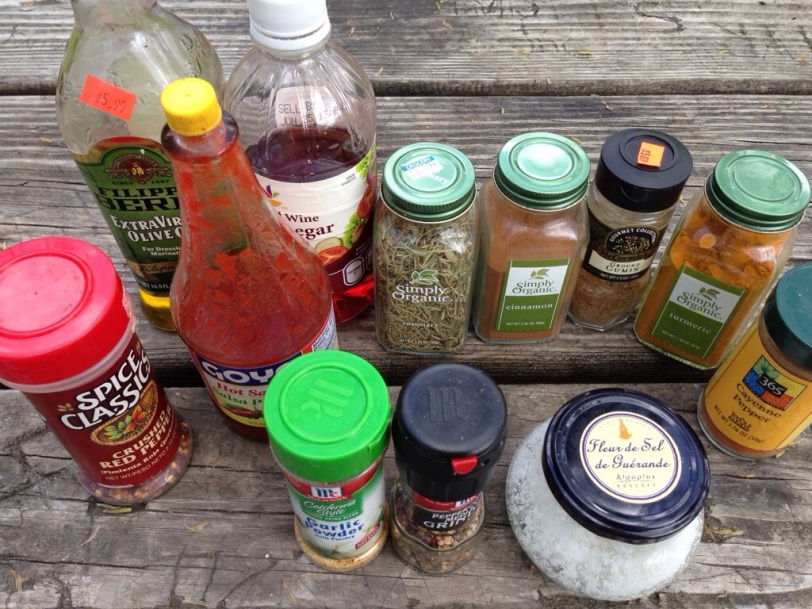 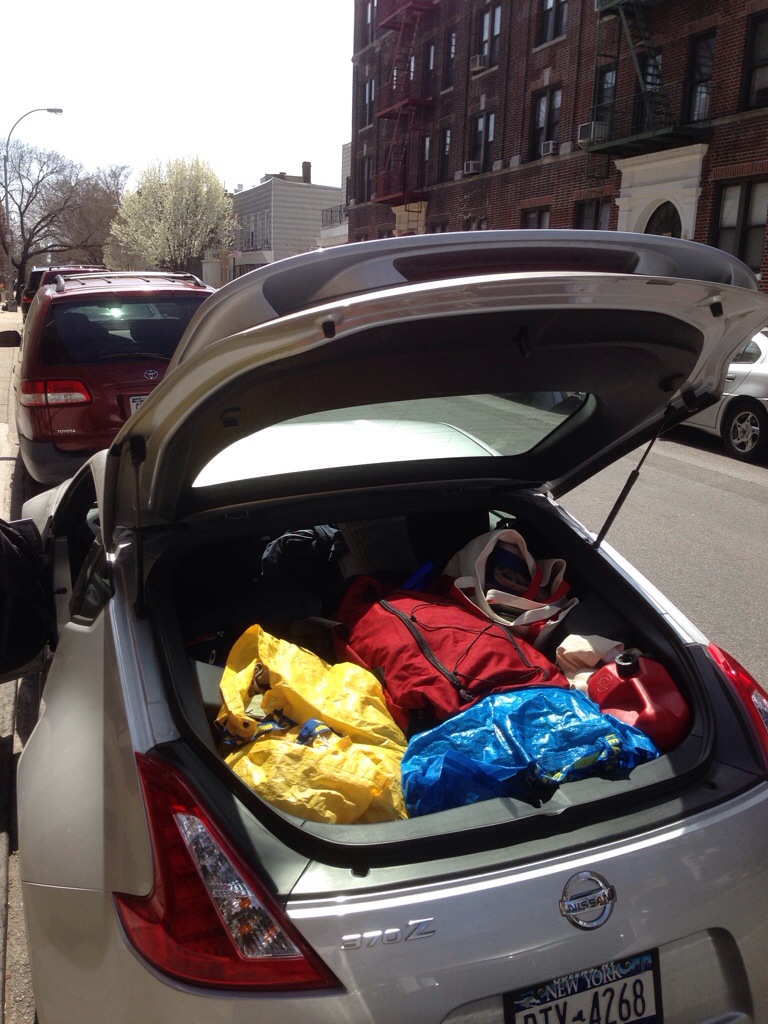