Yes, that’s an Atlanta Falcons Tallis lovingly made by both the bar mitzvah boy’s bubbies and approved by the Falcons’ PR team.
The kid’s grandfather Steven asked me, “Do you think it will help the Falcons to have Sean wear that thing in temple?”
The Falcons must not be Jewish because they were crushed immediately after.
There is nothing like listening to the melodic tones of a pubescent boy chanting in Hebrew. In the temple, I discovered the meaning of unconditional love when grandpa Steven turned to me and said, sincerely, “The kid’s got a really good voice!”
At my bar mitzvah, we had cheese puff appetizers, a caricaturist, and a dinner choice of baked ziti, chicken or fish. Sean had a cheese table, a hip hop dance troop and Freddy the Falcon, the actual Falcons mascot. I prefer chicken.
The dress code was jeans and your favorite football team’s jersey. I wish Sean was more into competitive swimming than football because some of these Atlanta dads are hotties and it would have been more comfortable doing the Hora in a speedo.
Sean’s mother, Tracey, got down to her wedding weight for the event. No story or joke there, she simply wanted to make sure that bit of news got into the blog. 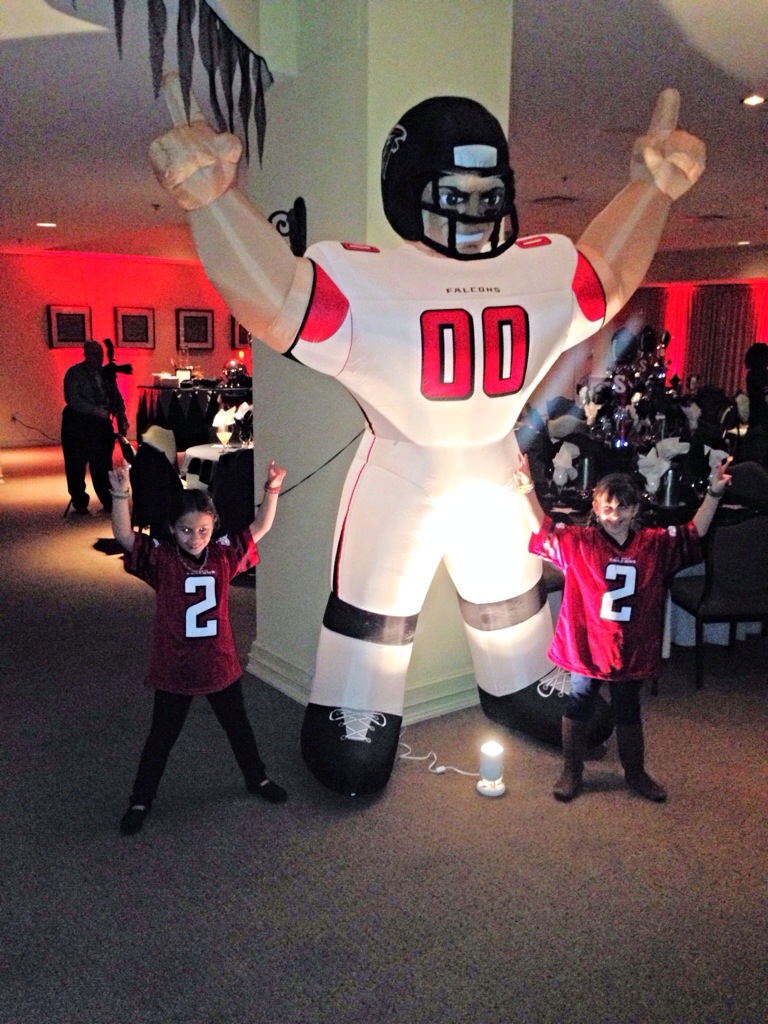 One thought on “This really happened: A Southern Football Bar Mitzvah”