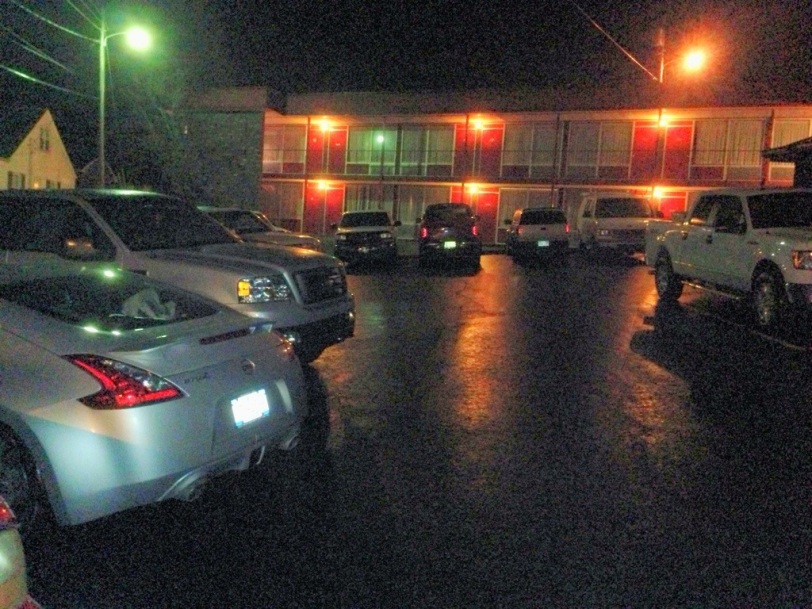 I won’t lose my car in the parking lot. It’s the only car, everything else is a pick up truck. No exaggeration. There is no other car and the lot is full.
Now I am psyched! The trip has begun and I’ve really been looking forward to West Virginia. These are my kinfolk. My grandmother, a coal miner’s daughter, came from Wales. A lot of Welsh also came to West Virginia when skilled labor was needed here. Probably more went to Pennsylvania but I think of West Virginia as a little more hard-core. I can’t wait to talk to people tomorrow and find out what we have in common, such as if they went to a reform or conservative synagogue.
More than my heritage, I just had to come to the scene of The Wild and Wonderful Whites of West Virginia. It’s a follow-up documentary to The Dancing Outlaw, which is about the White family of Boone County outside of Charleston. Starts off with the patriarch becoming a famous tapdancer. He really was quite great and was accompanied by some nice mountain banjo music. It all goes downhill from there. I know West Virginians don’t appreciate the portrayal of their state in the film and I know it is not representative of the entire population. It’s just fascinating and I want to see if I could catch a glimpse.
As for today’s drive, it’s just what I needed. Yes there was a bit of a storm but that was for a very small period. I’m always surprised at how comfortable my car is. After years of driving German hot hatches, I expect performance to hurt. But I realize the 370z is not the poor man’s 911, it is the poor man’s Porsche 928. Most rather have the Porsche 911 but the 928 was a real grand tourer. Heavy, powerful and relatively comfortable. Plus it was also front engine like the Z and not rear engine like a 911. I do want a 911 or a Cayman one day but for a big road trip, I’m happy to be in a GT car.